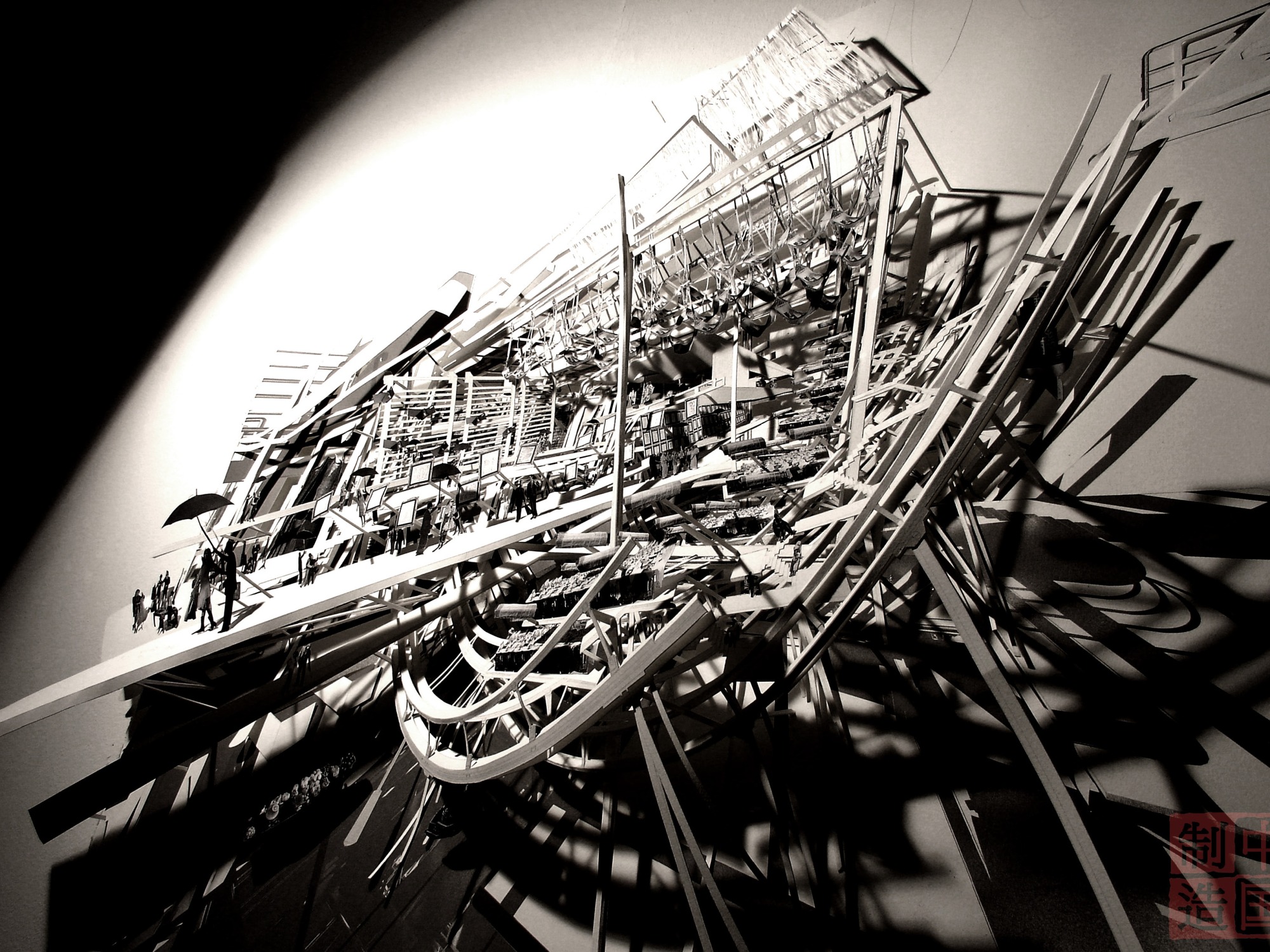 ‘Made in China’ is a political satire focused on China’s growing political power and its seemingly unstoppable economic strength. Cheap Chinese exports have caused the western garment industry to collapse and have threatened the world’s wider economy. This building is conceived as a powerful political reminder of the economic situation, the ship-like structure being a vast garment factor, where visitors and fashion buyers can shop for bespoke or mass-produced tailored suits and shirts at rock-bottom prices. Sited at the pier of Victoria Harbour on Hong Kong Island, ‘Made in China’ extends the already-vast shopping empire of Hong Kong’s Central District, and hence acts as a bridge between China and the former British-governed colony of Hong Kong. 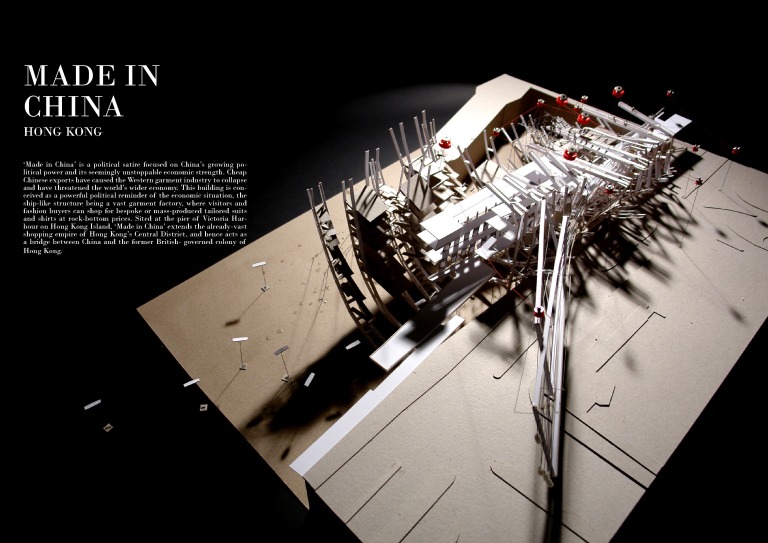 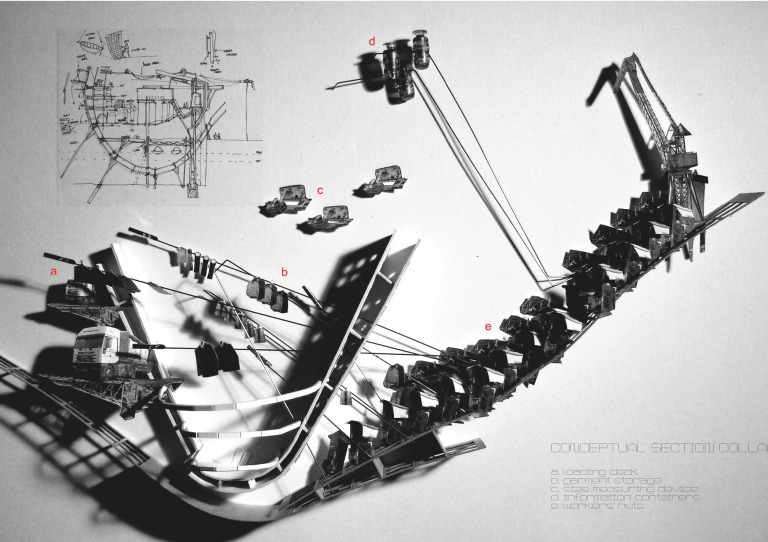