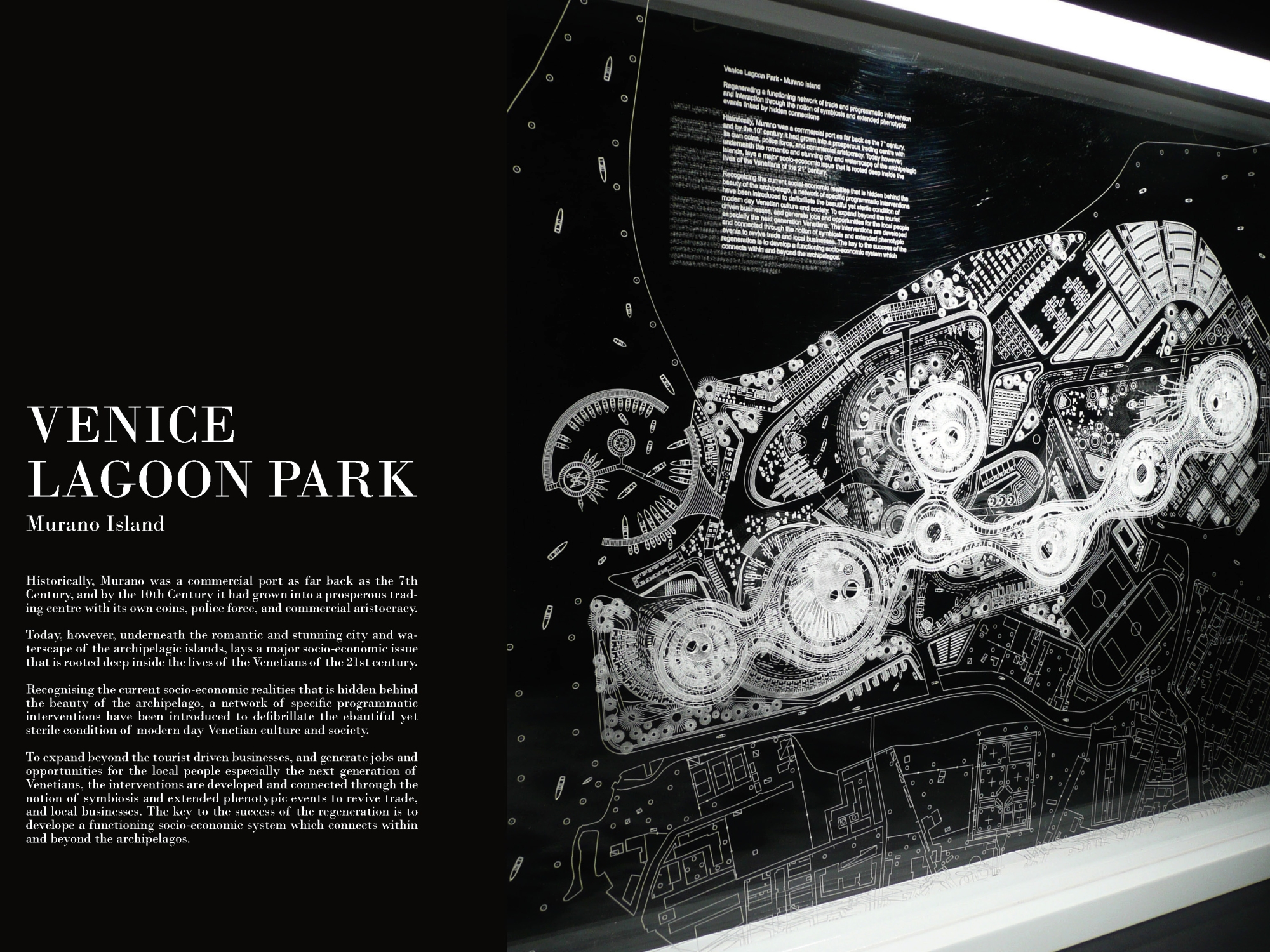 Murano was a commercial port as far back as the 7th Century, and by the 10th Century it had grown into a prosperous trading centre with its own coins, police force, and commercial aristocracy.

Today, however, underneath the romantic and stunning city and waterscape of the archipelagic islands, lays a major socio-economic issue that is rotted deep inside the lives of the Venetians of the 21st century.

This urban proposal recognised the current socio-economic realities that is hidden behind the beauty of the archipelago, a network of specific programmatic interventions have been introduced to defibrillate the beautiful yet sterile condition of modern day Venetian culture and society.

To expand beyond the tourist driven business, and generate jobs and opportunities for the local people especially the next generation of Venetians, the interventions are developed phenotypic events to revive trade, and local businesses. The key to the success of the regeneration is to develop a functioning socio-economic system which connects within and beyond the archipelagos.

– A collaboration project with Masaki Kakizoe – 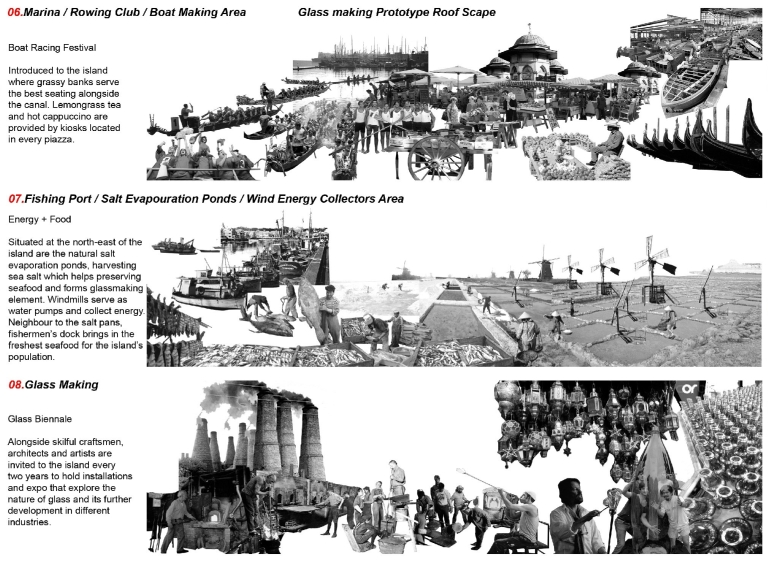 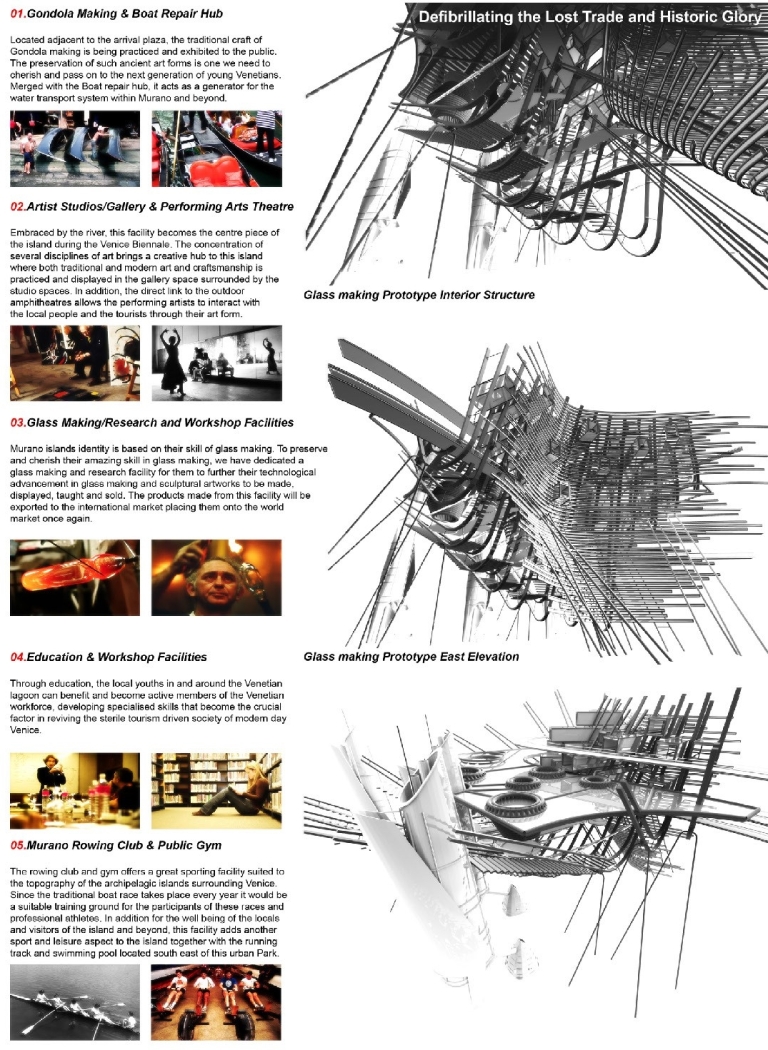 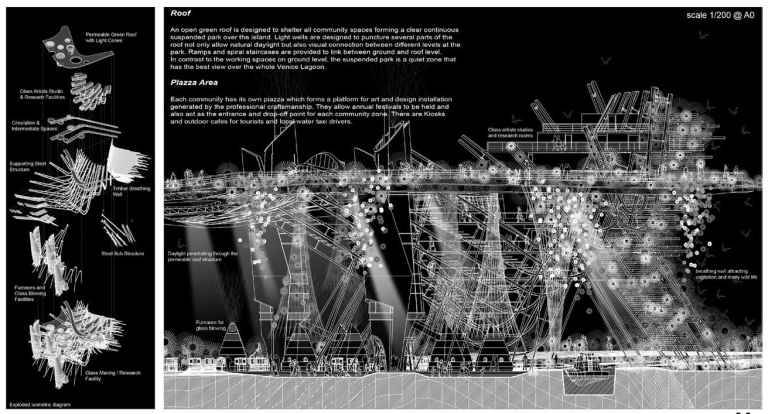